On My Bookshelf: "Cities Are Good For You: The Genius of The Metropolis," by Leo Hollis

Jane Jacobs, The Death and Life of Great American Cities

What makes a city a city? What is its defining characteristic? Its DNA? No doubt, there exist many parts and factors. We all have our opinions regarding a city’s nature, about what works. Perhaps, more numerable are our expressed opinions about what does not work.

In his compelling new book, Cities Are Good for You: The Genius of the Metropolis, Leo Hollis posits a take on cities at odds with the less flattering view often extolled in literature: 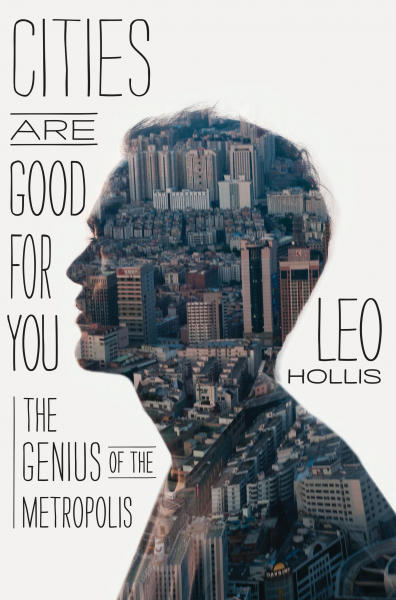 from Dante’s beastly depiction of Florence and Florentine politicians in The Inferno, to the Romantic philosopher Jean-Jacques Rousseau, who considered cities lawless pits, to the great American industrialist Henry Ford, who believed “we shall solve the city by leaving the city. Get the people into the countryside, get them into communities where a man knows his neighbors…there is nothing to do but abandon the course that gives rise to them “

For many, cities have long been considered bad for us: they compromised our humanity, drained our resources, threatened our traditions, and tore apart families.  Leo Hollis, a British historian and author of two books on London, takes another approach. Hollis highlights cities’ promise and identifies what they mean to us, rather than focusing exclusively on their ostensible costs--often myopically calculated. And for Hollis, what cities yield, and their future promise, is eminently more important, given that 50% of the world’s population currently lives in cities and that number will likely climb to 70% by 2050.

Cities are complex, chaotic, disordered, and often misunderstood. Cities are vital. In an effort to more comprehensively understand the city and how it works, Hollis explores the historical context and formation of the city. He examines how and why they were formed before leading us on an instructive journey through time--from New York to Mumbai to Zurich to Hong Kong. We visit the slums, the business districts, and the dazzling skylines. This journey aims to shake us up, awaken our senses, thereby allowing us to see the city in new ways. We survey the thoughts and writings of leading architects, urban planners, archaeologists, economists, artists, designers, and sociologists. Ultimately, supported by scientific findings, academic studies, stories, anecdotes, and first-hand observations, Hollis concludes that the city and urban life is infinitely more than a physical place. The city is a place of multiple connections--an incubator of new ideas and solutions. The city is a creative and dynamic complex system within a system characterized by multi-layered experiences and forces which self-organize and advance our collective skills and knowledge base. The city is synergistic. There exists a powerful emergence: novel structures and patterns which arise from a dynamic interplay. Put simply: the whole of the city is far greater than the sum of its parts.

The global challenges we face today are enormous (e.g., climate change, massive migration, economic fragility, water and food scarcity, dysfunctional governments). Hollis concludes that Urbanization, the movement from the country to the city, and the synergies and creative solutions which emerge, may well be the only way to a healthier planet. This movement back to cities may save us from the population explosion that is at the core of our challenges: “Humanity stands at a tipping point between disaster and survival, and the city is the fulcrum upon which our future balances.”

Let’s hope he is right.

There are no products in your shopping cart.

HHB to You! A Book Subscription